We breakdown some of the top prospects from the first day’s action...

No fluff or dramatization needed, the first day of the TABC Showcase “LIVE” Period did not disappoint. With over 120 college coaches at all levels from coast to coast, most of the top prospects from across the State of Texas were on hand to ball out, compete, and most importantly, be seen for the first time in an NCAA “LIVE” recruiting period, since July of 2019.

Our staff was front and center navigating our way through the seven courts of Duncanville High School all day Friday, and we give you a quick blast on some of the top standouts we saw in person from the Texas Tri-Region (non-mythical) footprint.

Levi Rutledge 6’6” SF Cedar Park HS (2023)
In the first round of games at 1230pm, he took most of the first half to get going, but when the alarm went off, he lit it up quickly at the end of the first half and continued into the second stanza. At one point, connected on 4 straight 3-pointers, but showed he can do more than just catch and shoot. Created space, crossed over, went left and right, and each one swished the net. Showed improved handles and kept his head up, finding several open teammates or making the next pass to keep the offense going. Did work on the boards and set the stage early as one of the top performers from Friday.

Jamyron Keller 6’1” PG Killeen Ellison HS (2023)
When PAC-12 and SEC Coaches start asking you about who a prospect is, then you know you balled out. The top point guard in the State of Texas for ’23 put on a show. From his high-flying athleticism, to rocking the rim, his shooting range beyond the arc, quickness both on offense and defense, Keller left no doubt that the best floor general in 2023 hails from Central Texas. He’s a nightmare to defend, as defenders quickly noticed when they extended on him, he blew right by them and had no issue as he used his incredibly strong frame to finish through and with contact.

Austin Nunez 6’2” PG Wagner HS (2022)
The young man continues to impress as more college coaches and media pundits asked, “Who is the Nunez kid,” as we sat courtside on the main court. He left no doubt that he is the best pure point guard (not combo or shooting guard) in the State of Texas in the 2022 class. His motor was on high from the moment the ball went into the air and going head-to-head with Vanderbilt signee, Noah Shelby, he peppered Addison Greenhill for 29 points. He showed an arsenal of scoring the ball, with a deadly jumper that is smooth with plenty of distance. He sunk at least 3-4 treys, then showed a quickness that caught some by surprise in easily scoring at the rim. The 4 Star, Top 65 National Prospect played with Baylor Head Coach Scott Drew and UT Head Coach Chris Beard, watching very intently, sitting only a few rows up from courtside.

Silas Livingston 5’9” PG Cole HS (UIW Commit/2022)
Fully recovered from an ankle injury, the UIW Commit had onlookers murmuring with his play. His speed and ability to change direction with the ball are extremely impressive. Couple that with a consistent perimeter game and he was the reason Cole was right there in the end against The Woodlands Christian Academy (TWCA). Unofficially finished with three treys and when he dedicated himself to changing over to scoring mode, there wasn’t a defender on the court that could stay in front of him. He finished with multiple dimes as he sucked in the defense  in and as a true point guard, was ready and willing to make the next pass to an open teammate. Defensively as well, had an impact. Was very active with his hands and utilized his speed as a defender very well. Shifts into position to cut off would-be attackers. Had multiple deflections and steals.

Zayden High 6’8” F Smithson Valley HS (2023)
In one of the late games of the night, he put on a show in front of about a dozen college coaches on Court #5. In the last year, High’s game has grown tremendously. The two parts that have helped skyrocket his stock, are his ability to hit consistently from outside with range, and attack effectively off the dribble. He did both again on Friday night in leading the Rangers to a win. Without hesitation he would catch the rock, let it fly and showed off his stroke. Then on three separate possessions he used his handles and created space, then rose and drained the jumper. He was very active on the glass all night and showed his defensive prowess as he would stonewall a would be left handed dunker. Zayden stretched out his right arm coming from the center of the paint, the left handed guard would explode and elevate, but High had no issue in stuffing his dunk attempt and then just as important, gathered the rock and started transition.  Multiple college coaches took note of his defensive ability. His recruiting stock will continue to soar throughout the summer and upcoming LIVE periods with performances like this.

Pierre Harris 5’8” G Cole HS (2024)
In addition to Linvingston’s performance, this sophomore to be came up with more then a few big buckets for the Cougars. Showed a consistent jumper, hitting from mid-range and stretching out to beyond the arc. For being so young, his poise and demeanor, were eye-catching. He didn’t rattle as TWCA would start throwing multiple defenders to press the ball or attempt a trap, and Harris would show better than average handles, and mature decision making in getting the ball moving or finding an open teammate. A lot of teams and opponents focus on the duo of Blackmore and Livingston, and this 2024 prospect can certainly benefit from that, and showed on Friday that he’s willing to produce. 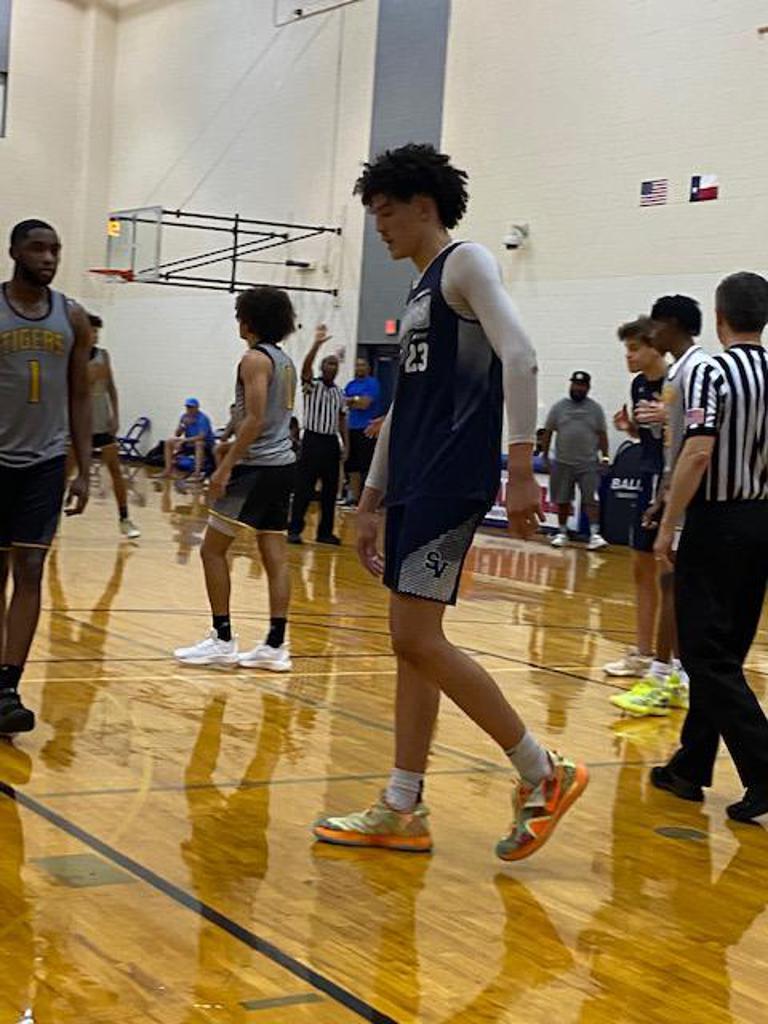 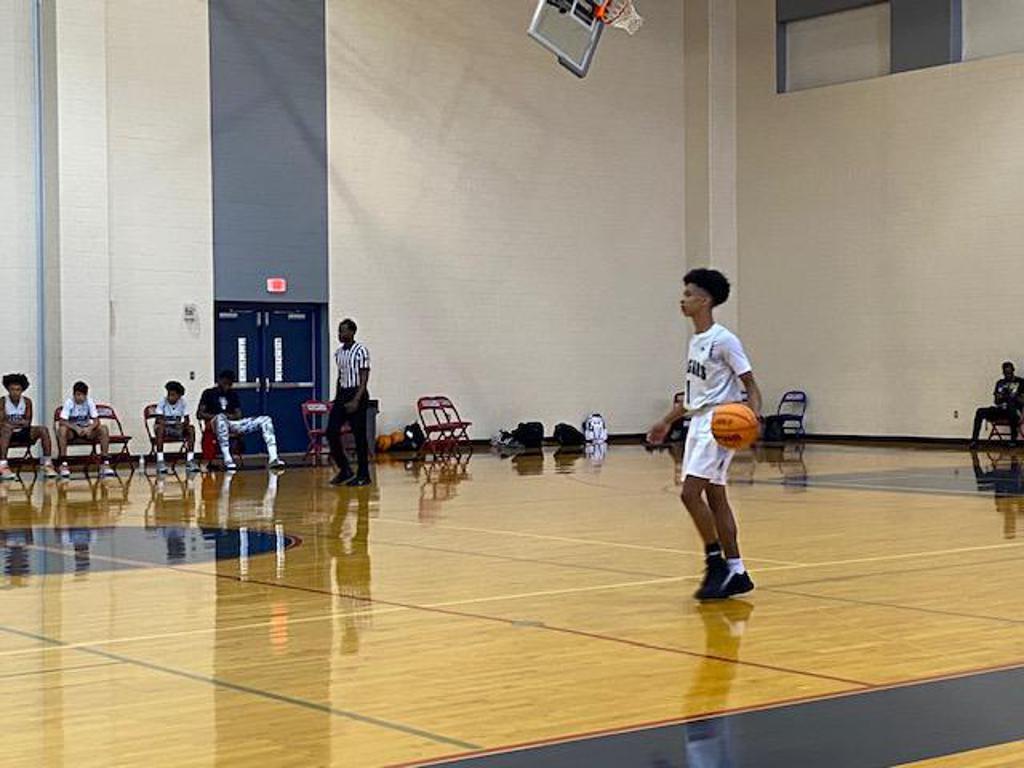 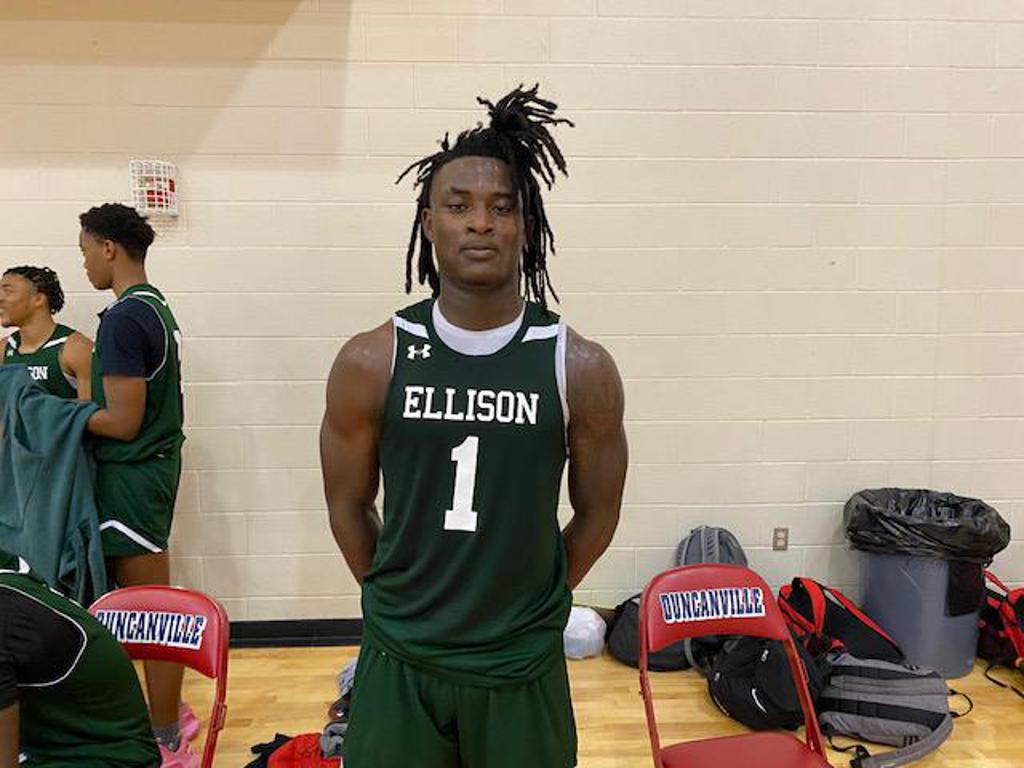