We give you a breakdown of prospects who showed their skills this past weekend. Full transparency, we just don’t consider stats. There’s no overlooking when a prospect scores 20 points, but it matters when and who it’s done against.

As NCAA Certified Evaluators, we apply a keen eye as to whether a prospect’s performance can transfer to any level beyond high school. That includes their physical skillset and how they use it. So naturally, we then apply that to our write ups.

In no particular ranking or order, we start with a look at the top 2022’s from this past weekend.

Hudson Johnson 5’11” PG Stony Point HS (ATX Lockdown 2022)
All weekend long, left jaws open with his quickness and lethal outside game. Soaking wet, may weigh 150lbs, but make no mistake, he is a tough guard for anyone. Will immediately wake defenders up as he has no issue using his speed to get by most. Time after time, from the perimeter he was left unexplainably open, and all he did was sink 13 three-pointers in route to helping Lockdown win the 17U Championship.

Antwan Taylor 6’5” F Harker Heights HS (ASAK Elite 17U)
Long athletic prospect who excels in transition and a very capable finisher with the ball in his hand going downhill. His length impacted both ends, rebounded the ball well and used his length and athleticism to alter shots and intimidate would be scorers. Is very active down low and all around the paint.

Zach Gomez 5’9” PG New Braunfels HS
Plays with no fear and takes opponents who underestimate him to the shed. It doesn’t take long to see that Gomez is a do it all type of point guard. Above average handles, has an extra speed to attack defenders and get into the lane. Even more impressively, he has consistent range from 25 feet. One of the top snipers on hand a the CenTX Hoopsfest.

Jose Waring 6’6” F Georgetown HS (ATX Lockdown 2022)
Our staff has seen this young man so many times over the last three years, and he continues to get better and add aspects to his game that will help him find a home beyond high school. The biggest improvement was his accuracy from beyond the arc. He connected on 10 three-pointers for the weekend, and they weren’t simply set, unguarded shots. He showed the ability to drill the perimeter jumper with a defender and a hand in his face. He played wisely using a dribble or a sidestep to create space as well. On the other end, hits the boards very well and has no issue in bodying up bigger forwards.

Zach Engels 6’4 G Westwood HS (ATX Lockdown 2022)
Another piece of the talent and depth that helped propel Lockdown. One of the better dead-eye shooters at the Hoopsfest, who despite coming off the bench in four of their five game, finished averaging 20ppg. Showed his long-range abilities putting in 11 treys, and showed especially in the 17U Championship game, that he can attack off the bounce and use his size and length to score at the rim. Is an underrated athlete.

Eren Ertan 6’7” Cornerstone HS (HD Toros Elite)
First caught our attention during the 2020-2021 HS season. This spring he’s continued to open up a lot of eyes, especailly after a 26-point first half on Saturday, that led him to finish with 33pts for the game. While many of his buckets come from in and around the basket, Ertan showed that he can step outside and knock down the set 3-ball. Has a high basketball IQ and is a threat on defense. Moves his feet very well, and when playing with his back to the basket, uses very good agility and quickness to create separation from defenders for the finish.

Marcel Bryant 6’7” F Cedar Ridge HS (ProSkills ATX Brown)
Probably closer to 6’8”, was the biggest and most dominant low post in the entire event. The young man is a bull and continues to get stronger and bigger. Adding strength has not affected his athleticism or ability to explode and finish above the rim. Is quick on his feet, has a long reach and wants to finish hard around the rim every chance he gets. Is a rebounding machine and blocked several shots. On multiple occasions received the ball free throw line extended, and was versatile enough to take defenders off the dribble. Will be one of the biggest risers in our updated Super 60 for 2022. He punished the rim on multiple occasions.

Joe Longoria 6’5” F Homeschool (STAT PRO 17U)
His versatility was on full display. A thick bodied forward who did plenty of damage inside, but also scored effectively in the mid-range and hit set three pointers. High tenacity prospect who plays physical, does not shy away from contact, and uses that to finish at the hole, or when he’s crashing the glass as a solid rebounder.

Jae’lyn Brooks 6’4” SG Round Rock HS (THP Elite Blue)
Made the argument to be the top performing 2022 shooting guard on the weekend. Has a smooth stroke that he can release quickly before any defender can close out. His athleticism allows him to easily get downhill, slash and use a nice soft touch around the rim. In one win, had 6 three-pointers and 24 points to lead THP Elite. Has an overall athleticism and smoothness to his game that makes him a Top 10 2022 prospect in the Tri-Regions.

Donovan Santoro 6’8” F Westlake HS (THP Elite Blue)
In the near one year since his transfer in from California, this was the most impressive we’ve seen Santoro, averaged 15ppg for the weekend in four contests. Was continually active, getting up and down the court, played a lot out on the wing, just not in the paint. Showed good ball skills, and he was consistent in scoring around the bucket, uses his length well, and finished strong on a few occasions. Additionally, he stepped out and hit a few open set shots.

Tracy Godfrey 6’6” F Fresnhip HS (Team GPS)
A physically tough and well built forward who banged down low. Wide shoulders and would use his strength to play through contact, finish in close or get to the line and sink his free throws. Moves well and made an impact on the glass and defensive end.

Tate Truby 6’2” SG Trinity Christian HS (Team GPS)
We mentioned it all weekend on social media, but another one of the plethora of accurate long-range shooters who was on display. Dropped in 14 treys in helping his team to a 3-1 finish. Very quick release, and showed that he could hit from long range, off the dribble, catch and shoot, or made you pay if left open.

Nate Garcia 6’1” PG Kingsville King HS (Texas Dream)
The jitter bug point guard was a bright spot for TX Dream. He had the scoring performance of the weekend dropping 46pts in a close loss to ProSkills ATX Red. Just as impressive, only six of those points came on three-point buckets. The rest of his damage was from within the arc, showing off a nice mid-range touch and finisher’s mentality when he got to the bucket. Deceptively quick as he kept proving all event in getting by defenders.

Kendall Dow 6’1” PG SA Johnson HS (ASAK Elite 17U)
Arguably, the best 2022 point guard prospect on hand. Plays so calm and composed, is smooth in all of his movements, never plays beyond his abilities. Anytime the ball is in his hands something is bound to happen. From running the offense and finding the open man to creating off the dribble, to sinking daggers from beyond the arc, he’s a player. Impressed many this weekend and showed why he is currently ranked in the Top 20 of our 2022.

Will Nathaniel 6’5” F East Central HS (HD Toros Elite)
Energetic and fun to watch all weekend. From rocking the rim to draining the corner three. Nathaniel showed multiple times that he is a threat wherever he is on the court. His high energy pays off on both ends, whether he's fighting to get buckets or also crashing the glass and trying to alter shots on the defensive end.

Eric Brown 6’0” G Steele HS (SA Legends Elite)
Persistent on the ball defender and an athletic guard. Brown showed all weekend that he is a threat on both ends of the court. Along with his ability to explode and get up above the rim, he showed he’s more than capable to knock down open shots and create off the dribble.

Raymond Deleon 6’1” G Edinburg Encomedes HS (STX Hoops Elite Black)
A tough, hard-nosed, physical playing guard, who keeps coming at you. Averaged 21ppg in being able to score inside and out. Showed an ability to connect from beyond the arc, but used his stout, strong frame to get buckets when attacking off the dribble. Found ways to separate from defenders and if he wasn’t able to get all the way to the hole, would use an accurate mid-range jumper to cause damage.

Be sure to check back, in the following days, we'll touch on the Top 2023 and 2024 prospects from the CenTX Hoopsfest. 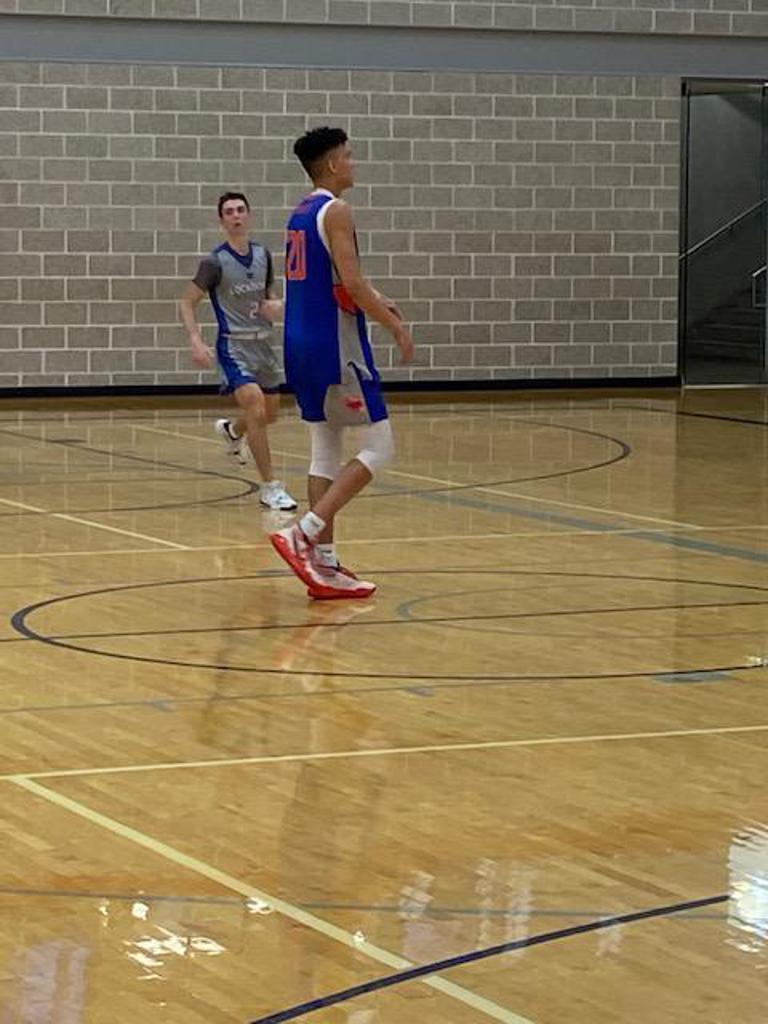 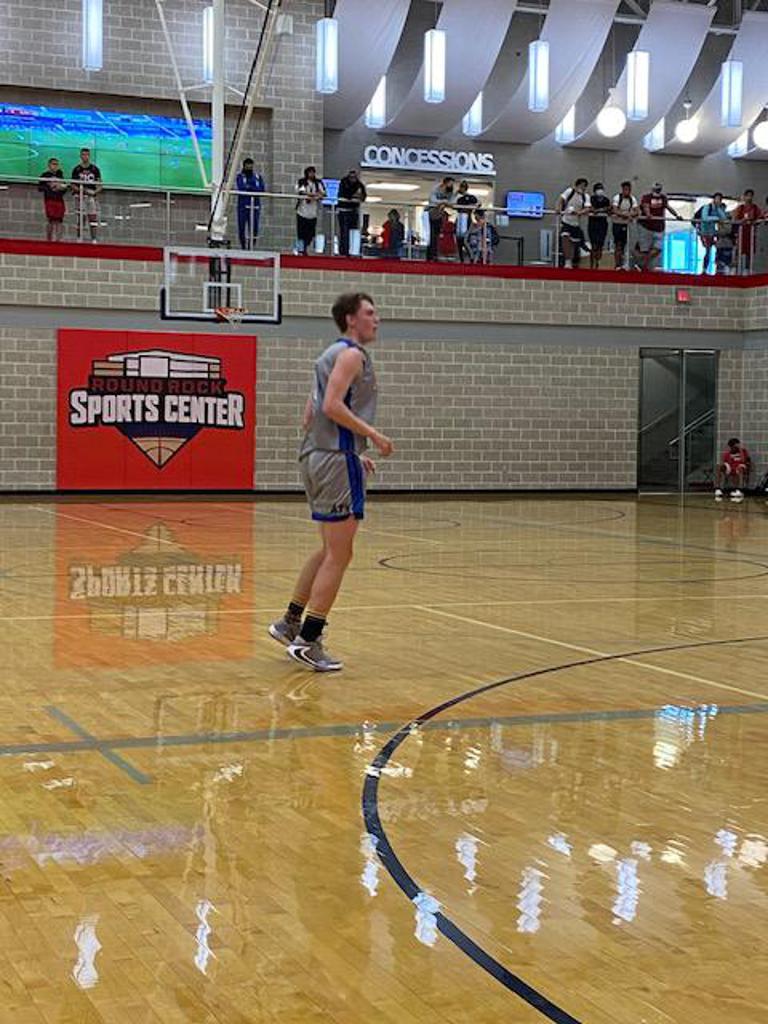 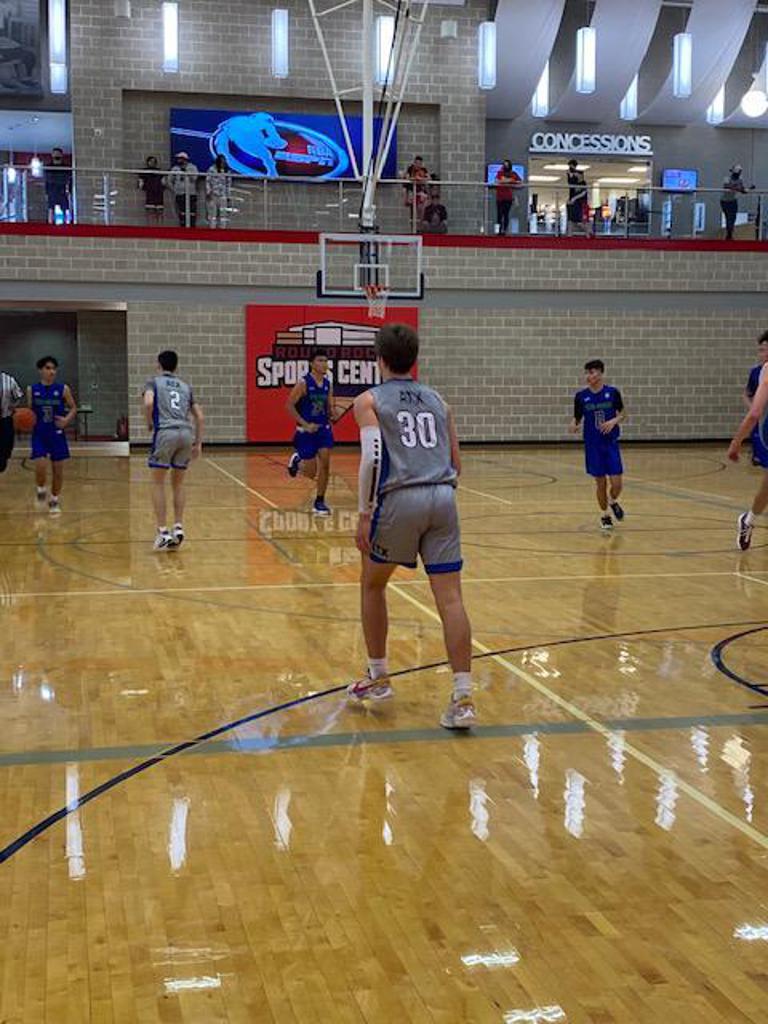